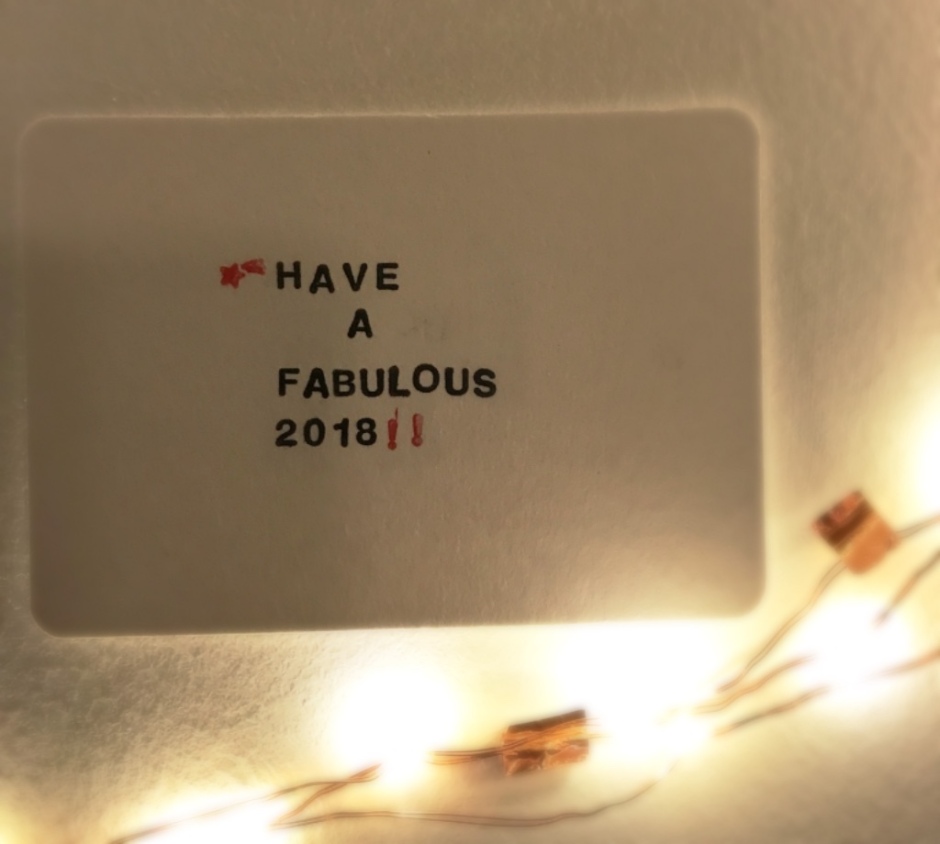 How to fly through the year ahead? I have absolutely no idea, but was kind of hoping that the Universe had heard my plea and would at least make distressed jeans no longer fashionable in 2018. Other than that, I’m embarking on the New Year quite relaxed, as I don’t see many things changing, at least in a larger scheme of things. A man-child will still hold the most power (and the nuclear codes) in the world next year. While we all acknowledge that machines will shape our lives more than we sometimes really care to admit,  we still have no waterproof strategies for Artificial Intelligence. Kim Kardashian still continues to have far more followers on Twitter (close to 58 million) than most writers, journalists, thinkers, media outlets and opinion makers I followput together (actually, speaking of, my second plea to the Universe is to please make the vile contouring trend go away). In short, “just because you got the monkey off your back doesn’t mean the circus has left town”, as George Carlin said.

I shall not be making New Year’s resolutions because I never manage to keep them. In anticipation of this I brought you a series of “Countdown to 2018” during the last three weeks, a list of things that I intend to keep up anyway, but maybe just more consciously next year. Or possibly not. I like to believe in the power of action taken at micro-level. I also like to believe in the collective power of the non-millenials now that we’re slowly past  the worst of the tech-craze.

What do I mean by that? Interestingly, the last couple of years many companies have put most of their advertising efforts in reaching  out to millennials while completely ignoring those who actually have the money (this would be my generation, the ones approaching middle age). So if I’m to believe the Monocle Forecast 2018 (and what’s not to believe), more companies will get their act together and start focusing on broader audiences again.

So as I sit and wait for customised advertising come my way (while pretending that 40 still is the new 20), I’m taking in the circus as it comes and distract with the following as much as possible:

– There has got to be more visits to movies in 2018. I’m particularly looking forward to Wonder Wheel (by Woody Allen, starring Kate Winslet) and  The Post (about Katharine Graham, the Grande Dame of American journalism at the Washington Post in the 70s, starring Meryl Streep). While watching Netflix is not really going to the movies, I also really want to see the Netflix-flick “Black Mirror”, starring Jodie Foster.

– One of the first super-trendy concept stores in Europe, Colette in Paris, closed its doors on 20 December this year (I was there then, the timing was almost semi-unplanned). Colette has been my go-to in Paris ever since I started visiting the city, some 15 years ago. For me it was never about buying the often highly unwearable and spectacularly expensive fashion, but Colette was one of the few places where you could almost physically feel inspiration crawl under your skin (especially after having eaten their €15 carrot salad at the water-bar downstairs –  literally a small heap of grated carrot on a plate and nothing else. On the other hand gawking at Parisian fashion-crowd was totally free of charge)(I once stumbled there during the Paris fashion week and suffice to say, I shall never use the word “spectacular” the same way again). Long story short: The perfume house Le Labo did a collaboration with Colette, and the scent “Another 13” used to be available only at Colette. Following Colette’s closing shop, Another 13 is now available at all Le Labo shops and their webshop. Thus I’m starting 2108 by smelling of ambroxan, moss, ambrette seeds and the memory of an overpriced, grated root vegetable.

– For all Bruxelloises, there’s a new kid in town, which literally hit me in the face while I was taking out my dry-cleaning this week. On the trendy Rue Antoine Dansaert there’s a place called LabelChic, at number 85, which mostly sells high-end all-natural cosmetics (de Mamiel, Odacite, In Fiore etc brands so far unavailable in Belgium). The space is so beautifully done I didn’t want to leave (also it was hailing outside) and they are about to open a webshop soon as well. My point, I guess, is that I will start to pay more attention to my body below the neck (read: I’ll buy copious amounts of luxury skin products and then justify the purchases by the “oh but it’s all natural” -argument), to avoid the annual mid-April Amoklauf when at the same time as opaque tights are out, are also my scaly chicken legs, for the world me to see. I shall not be calling that a New Year’s resolution, though, so as not to jinx it.

So that’s pretty much me in 2018 – sitting in a movie theatre all oiled up and smelling of grass. In addition I shall not forbid self from a glass and/or bottle of champagne, though I will try, again, to avoid the so-called “random standing drinks”, which are an inevitable plague/perk (depends how you look at it) in my job. In most cases it’s lukewarm sickly-sweet bubbly, long lost its fizz, served with soggy hors d’oeuvres. With the risk of sounding like the snobbiest arsehole in the world, these kind of fully useless drinks should be avoided at all cost (alas, attending the events themselves is often part of the job and cannot be escaped). Go and mingle, but preferably drink while sitting down in a good company, having good wine and/or carefully made cocktails. An exception to the rule: Whenever proper champagne is served, one should never say no. Anything else would be just rude.

On this festive note I’m wishing you all an absolutely fantastic, prosperous, rich, healthy and loving 2018. Thank you for reading.