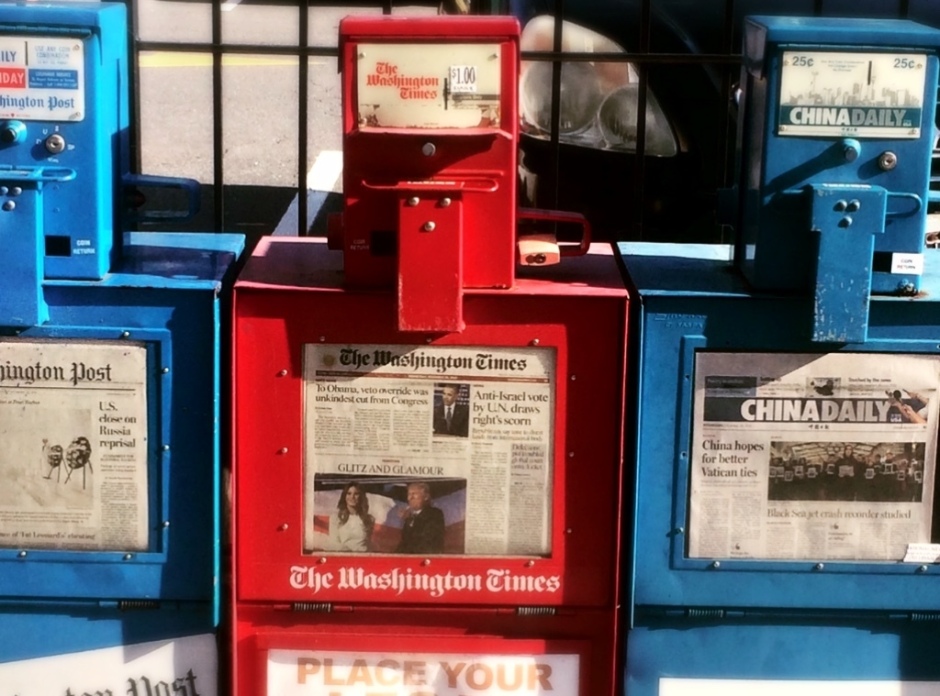 Three things cheered me up this week:

1. The biggest daily newspaper in the Nordics increased its subscription volume for the first time in 25 years. This means that people are reading quality newspapers again.

2. The Financial Times had lunch with Rebecca Solnit and they discussed feminism and #metoo (a nice long read which you should read, and then read Solnit’s books).

3. Sun is back in Brussels. Also French tulips are in season.

Mainly I am thrilled about people reading more actual newspapers. The New York Times reported a tenfold grow in subscriptions following Trump’s election, and now it appears the trend is catching on in Europe as well. I like social media and its snippety take on news and current affairs; I use twitter for work and Facebook mainly to promote this blog. At the same time it makes me exhausted. I also fear that too many people confuse the opinions of other people for facts.

Most social media platforms were never intended for people to have actual conversations with each other (also known as “one says something, the other listens, then discussion follows”), but to rather offer a stage for individuals to shoot from the lip, followed by poking, liking, hating and sharing, which then usually ends up in an outrage, slaughter or some other kind of hysteria. We are supposed to react in seconds, click like orhate,  give thumbs up or send an angry face,  form an emotion and an opinion without thinking, and then move on to the next item.

Hence the comeback of newspapers is a good thing. When you open a newspaper, whether paper or electronic, it’s not filtered to your liking. You still choose which articles you read, sure, but you will be exposed to all of them, written by journalists with different views of the world. All this is fast disappearing from the social media, where algorithms are hard at work to ensure that only distilled and tailored tidbits that 100% correspond to your own little universe make an appearance on your feed.

I find this prelude to be apt to discuss American writer Joyce Carol Oates who will turn 80 years this summer and discovered twitter a couple of years ago. Oates is one of my favourite authors, five-time Pulitzer finalist and known to publish a book almost annually. Her oeuvre is some 100-volumes strong and no, I have not read it all. What I have read (a mere third) usually covers one or more of the following subjects: poverty, sexual abuse, power, women (children/adolescent) and shortcomings/quirks/politics of the American society with a few gothic/supernatural novels in the mix.

Despite writing pro-feminist novels (this is my definition, not hers) Oates has been absent from the big public feminist debates and campaigns, which is why I called her a whisperer in the title: she’s been quietly rallied for women’s rights for decades through her writing, and has done it subtly, yet her writing is very powerful. Her definite blockbuster is The Blonde, a fictional biography of Marilyn Monroe. After having read it, despite fiction, it has been impossible for me to accept any other interpretation of Marilyn’s life.

I mentioned Oates’ being active on twitter where she has almost 190,000 followers. While her instagram-account focuses mainly on flowers  and cats, on twitter she’s known for her anti-Trump activism. In addition to criticising the current US administration, Oates is not shy about offering her thoughts on a host of other issues as well. Many a blogpost has been written to analyse some of Oates’ more controversial tweets.

I find her twitter-presence interesting. As a novelist she never serves a sloppy storyline – her latest A Book About American Martys handles gun-control and abortion, about the two most polemic issues in the United States. Oates offers voice to both sides of the coin, both equally careful and equally serious. As is the case with her other novels, there are no “moral of the story” explanations in the end.

Despite her literary superstar-status, Oates does not come across someone who has the need to shoot her opinions at everything that moves – she once said in an interview that she does not really have a personality, but rather is as transparent as a glass of water, an observer. Against this background it is no wonder many have lost the plot with her tweets.

Does twitter turn a whisperer into a shouter? Given the volume of some of her novels (The Blonde is nearly 800 pages long) and the meticulous details in each novel (requiring a huge amount of background research), maybe the 280-character shoutfest offers Oates a break from the daily drill (she’s known for writing 8 hours a day)? It is interesting how someone so careful with the weight of the words in her literary work can get so carried away on social media.

Whatever the case, I encourage you to read her books. In addition to The Blonde and A Book About American Martyrs I warmly recommend Mudwoman, The Accursed and We Were the Mulvaneys. Also ​Big Mouth & Ugly Girl and The Tattooed Girl are excellent. Also check her twitter account for an interesting, if at times haphazard take on the world!