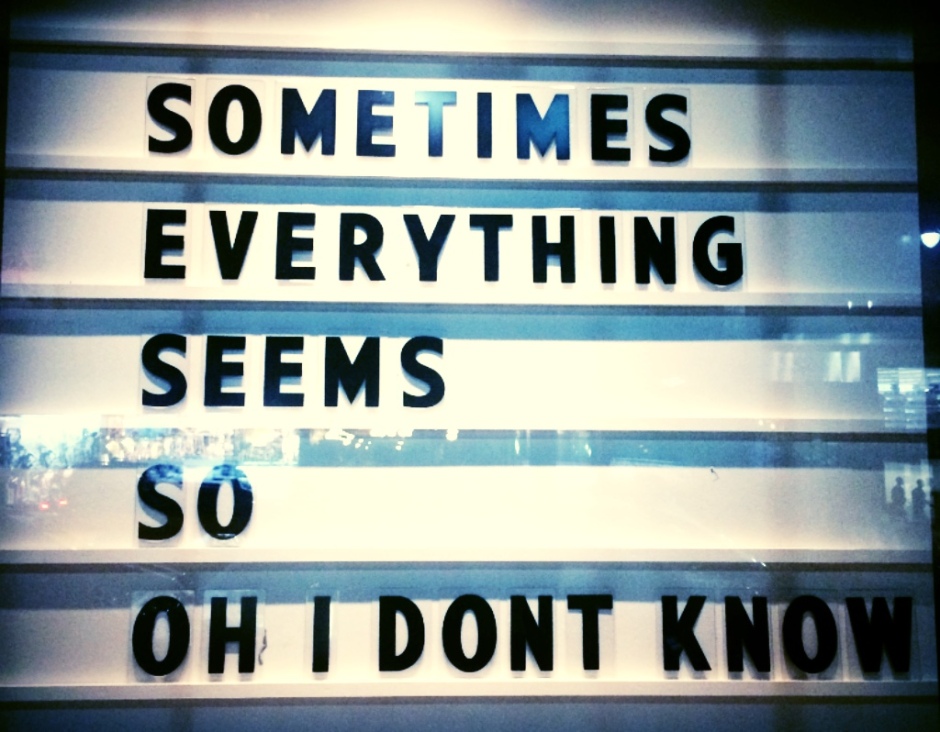 A day off in the middle of the week! Finally time to have a proper breakfast, meditate, clean home, do laundry, shop for fresh flowers, have lunch with friends, read books, chill on the balcony, sip rosé and reflect life, learn a new language from scratch, cook dinner, read more, jot down (deep) thoughts, meditate again, stretch, jog, go to bed feeling virtuous.

May is upon us, with all its much-needed long weekends. See, I am not an early bird or a night owl. I am some form of a permanently exhausted pigeon, especially in the spring. I am not sure how much of my body not being able to keep up with the longer days is some kitchen psychology juju and how much is just regular hay fever, but no, despite my best intentions I did not manage the full above list today.

What I did manage was to reflect on the Michelle Wolf performance at the White House Correspondents’ Dinner this weekend. It’s below and everybody has been very upset about it one way or another.

Can you say that?

Washington DC was, according to Huffington Post, offended by vulgarity of Wolf’s speech and the fact that she said pussy. Apparently it is ok for the president to grab it, but not for woman to say it.

You hire a comedian to do a roast, you will get a comedian to do a roast. That’s what Wolf was paid for. Roast the White House people. Mock the journos. Did she go off mark? I don’t think so. I didn’t find the abortion-joke funny, but I wasn’t offended by it. It just wasn’t a funny joke. I suppose  there is a way to make fun jokes about abortion, but this time she didn’t nail it. Otherwise, I don’t see what she said that so offended people across the pond.

Can women criticise other women’s looks?

Did she, though? Sure, there was the Handmaid’s Tale -jab directed at Huckabee Sanders. Did Wolf make fun of Sanders’ looks, though? Using burned facts to create a perfect smokey eye, I mean, really?

Wolf did joke about Sanders lying from the podium, but it’s not like Sanders writes her own lines for the daily press briefings. The little inside information I have gathered about spokesperson’s job is that you are usually rather strictly scripted by your bosses before taking the stage. So I don’t really see Wolf as criticising Sanders’ persona but what/who she is representing. And that is something altogether different. Also, Sanders was at the dinner representing the President, who couldn’t be bothered to attend, and who usually is the butt of the jokes. So yes, you must count on having some of the crap thrown at you as well.

​Would people be more OK had it been a man mocking Sanders’ looks?

Would people have tolerated Wolf’s speech had it been delivered by a man?

Possibly better. During the Obama-era the White House Correspondents’ Dinner was rather a mutual fan club where no-one ever really said anything really memorably nasty, and also the President often had the funniest jokes, which already tells a lot.

What we must remember is that while female comedians are not something that was invented yesterday, they still are precious few. Most award ceremonies and dinners of this world have mainly been hosted by men. We are so used to seeing and hearing men delivering their lines and defining what’s funny, that seeing a woman on stage is so weird that everybody promptly lose their sense of humour.

There has been seriously offending material coming from Kimmel, Baldwin et al, and none, with maybe the exception of Seth MacFarlane following his performance at the Oscars in 2013 have caused a similar emergency situation to immediately DEFINE BOUNDARIES in national and international press.

So what’s the verdict?

Being funny is difficult.

People condemning Wolf as a comedian are overreacting.

If you think her jokes were off, that’s fine. Accusing Wolf for attacking the administration is not (see above).