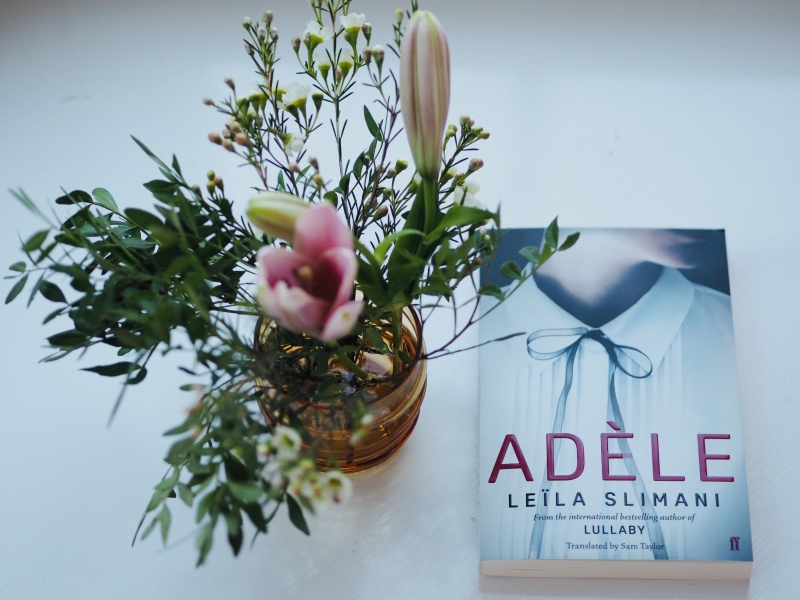 I went to see Lars Von Trier’s Nymphomaniac when it came out in 2013. I saw both parts of the two-volume piece starring Charlotte Gainsbourg and Stellan Skarsgård. I am not a connoisseur of Von Trier’s films, and kind of just wanted to see what the hype was all about, and also because Charlotte Gainsbourg did a brilliant cover of ​Hey Joe for the soundtrack.

Obviously the films were shocking and offered quite a ride of highly graphic sex of a nymphomaniac woman who went to extreme lengths at attempting to fill the numb void in her life. The films were highly impressive and thought-provoking, but didn’t really resonate much.

The other week I read a Vogue interview of Moroccan writer Leïla Slimani, discussing her latest book ​Dans le jardin de l’ogre (the novel came out already in 2014 in French, the English translation just became available). Slimani is the first Moroccan to win the most prestigious French literary prize, the Prix Concourt. She’s also President Macron’s personal representative for the promotion of the French language and culture. It was very clear that I had to get the book asap.

Slimani’s novel is called Adèle in English, and it is a story of a nymphomaniac Parisian journalist, whose life is an exhausting tangle of keeping up the Parisian ​bourgeois lifestyle on one hand and on the other hand taking crazy risks whenever she’s consumed by her insatiable need for sexual fulfilment (very often).

It takes an extraordinary writer to put together a readable book about people’s sex lives. I will obviously not compare Adèle with “Fifty Shades of Grey” (please never waste your life on reading it, it is horrible, but not horrible enough to be obviously camp), but even the French classic “The Sexual Life of Catherine M.” by Catherine Millet does not come close.

I find interesting to read about obsessive-compulsive women, whose lives are dominated by chasing the next fix, but only if the text is well enough written to make a point. French women seem to have the best knack for writing about extreme sexualities in a way that does not seek to shock, it’s never cheesy, glamorous nor written to please the reader.

Adèle‘s desires are very different from my own, but there’s something compelling to read about such a complete surrender to one’s sexual obsessions, to the point of risking to lose her health and family. The book does not serve many explanations or answers, but offers interesting glimpses to the psychological power-game between Adèle and her husband.

Adèle is a great Parisian novel, which I probably should have read in French. Slimani’s style is super-sharp, her sentences short and descriptions graphic, addictive and explosive. A warm recommendation.