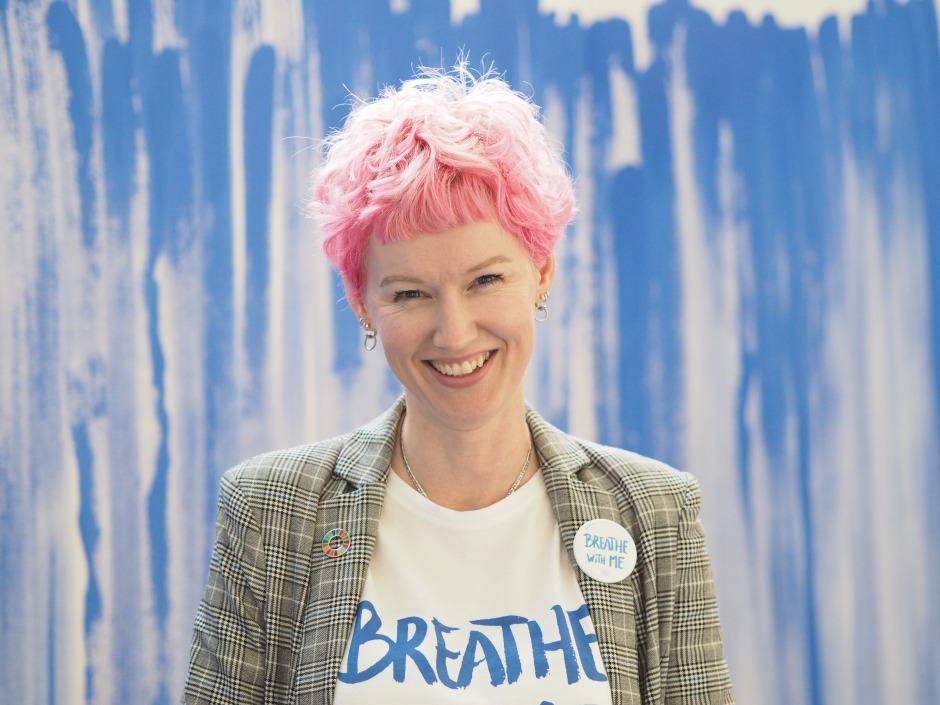 The annual, global diplomacy-fest that is the United Nations General Assembly is in full swing in New York. On my first morning, as I was waiting in the main entry hall, I couldn’t help but notice with fascination the outfits people were sporting as they made their way to the assembly.

I realised there and then that I must present evidence that first of all, women are numerous at these meetings, and second, the stuffy old diplomat dress code (similar dark suits for both men and women) has largely been replaced by fantastic, bold and feminine choices.

As I am principally supposed to be working during my work trips instead of checking out people’s outfits (shocking, I know), the quality of some of the pictures is not as good as the subjects would merit, as I was snapping away in a hurry. Also I did not capture nearly all of the super intriguing choices, as photographing was not appropriate everywhere. However, herewith a small selection of what diplomats wore, the 2019 edition.

A dress was the choice du jour, a favourite all the way up to the highest political level. Among the Head of State -level dress-wearers I spotted at least the Presidents of Estonia and Slovakia.

This is an important signal to women in all stages of their career: a dress is a serious and appropriate workwear alternative. There’s hardly ever a compelling reason to wear a black trouser-suit to work, unless you work as a pallbearer.

First exhibit: The Austrian Federal Chancellor (the Head of Government).

Second: The Foreign Minister of Norway (colour-matching with her adviser)

Please also note the matching of tones for dress, shoes and handbag:

A classic with polka-dots:

The perennial workwear-classic: the wrap-dress!

2. Shoes you can actually walk in

Forget about any Sex and the City –related Manolo-fantasies of running around Manhattan in vertiginous heels. We are adults here.

My personal conference-day walking record is 14km. That is a very long way to walk in any shoes. Heels can be fabulous, but I would still advise to carry flats in your handbag. This is annoying, because it adds to the amount of stuff that needs to be schlepped around. But your feet will swell, making afternoons pure agony. Slipping into ballerinas or trainers will be a blessing by the time it’s 5pm.

Mix, match and be bold.

A woman’s workwear can also be a uniform. Herewith two different examples:

A fashion uniform, in this case head to toe Gucci:

Here you are. Quite a family-photo they would make together, the women above.

4 thoughts on “What Diplomats Wore”