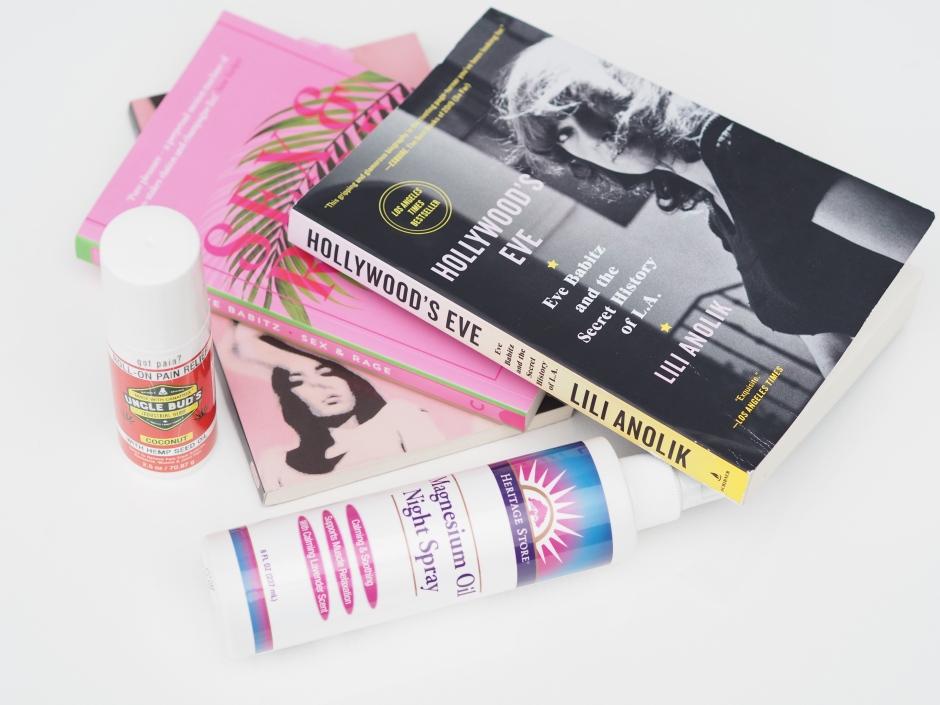 It’s six days into October and I just wanted to give you a big “Yay!” in case you’re doing Sober for October, which means being sans alcohol for one month in order to gather strength for the round-the-clock festive drinking that starts on 1 November. I am not partaking this year. In either, if I can avoid it.

Instead I am massively enjoying the fact that it basically rains in Brussels all the time these days. It takes off any pressure to haul ass from my apartment to socialise, which I did try, but just so that I can hibernate roughly until Christmas with good conscience. Box ticked.

Returning from my latest trip, I read a biography of Eve Babitz, written by Vanity Fair contributing editor Lili Anouk, so it was going to be a glamorous do. I am known to have a semi-official obsession with Eve Babitz and her something of an arch-nemesis, Joan Didion, and their literary descriptions of sex, drugs & rock’n roll California of the 60s and 70s they became famous for. I admire their writing and so was not sure exactly what new “Hollywood’s Eve” could possibly bring. Turns out, the book was a bit like the anarchic sister of Tina Brown’s autobiography about her life in journalism and the mad Eighties in Manhattan.

Hollywood’s Eve was an entertaining ride – Babitz herself had contributed to the writing process with interviews and anecdotes, so it gave the text a nice, endorsing touch. Babitz’s own oeuvre is overall very soundbite-y, and also Anouk laces her text with hilarious one-liners. What to wear when taking cocaine on acid? A Finnish cotton caftan (admittedly more hilarious for the Finnish readership I admit). What is the reason for Keith Richards’s not dying? He doesn’t mix his drugs. A need to know tidbit: Eve Babitz’s sister Mirandi was behind clothing Jim Morrison in the skintight, deliciously thin leather trousers. Her clothing brand handmade the trousers of soft brown cowhide, so dainty it was actually meant for making gloves.

(I have no idea why I was so impressed by this fact, but here it is, and the pants are on display at the Hard Rock Café in Hollywood)

You’ll get into the right groove by watching Once Upon a Time in… Hollywood, which is set in the golden summer of 69. That’s when both Babitz and Didion were reigning L.A. Of the Cielo Drive murders Didion later wrote that the 9th August 1969 was officially the night the sixties ended.

Again, I warmly recommend reading both Babitz and Didion. I wrote about them two years ago in “The Vintage Party Girls” and “Party Girls Die in Pearls“. They didn’t much like each other when they were the hot shit in California. Frankly their decades old, bygone literary feud is the only one I can feign interest in caring about, as the world around me continues to sink into the hellhole of its own making.

The Magnesium Spray and Hemp Roll-On for muscle relaxation in the picture were last minute desperate purchases in New York as I was getting ready to drug myself into oblivion to make the long-haul flight. There are decreasingly few things to love about the USA these days as we all know, but can I just say that their airport hangar -sized chemists shall always be loved by me, as well as their ointments for various ailments I didn’t know existed and/or that I actually had.