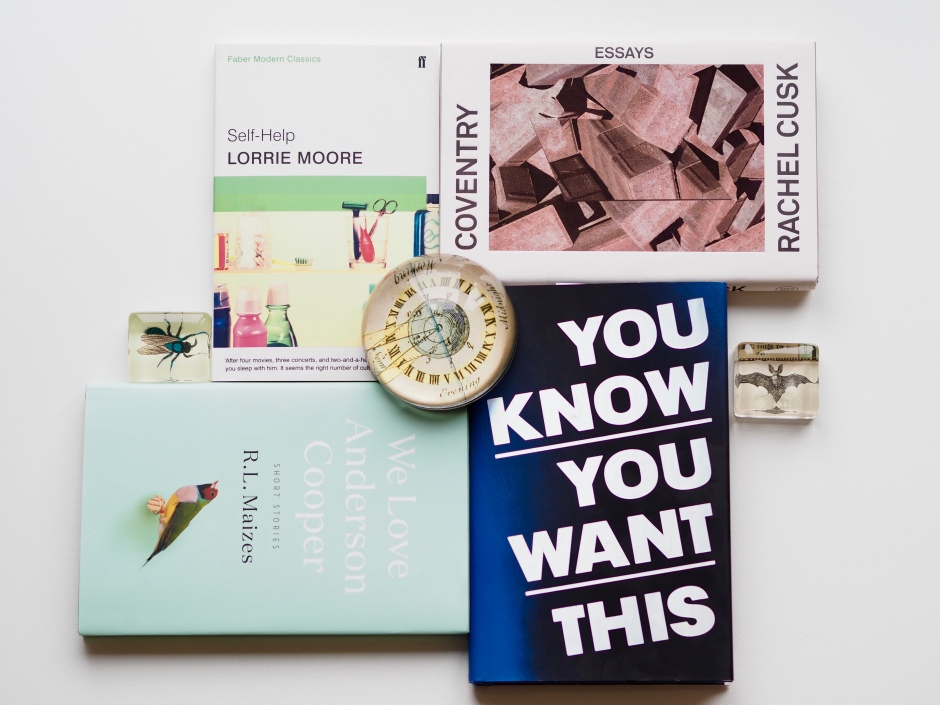 Remember year 2016 when someone clever said it was as if Quentin Tarantino had directed it? Those were the days. Imagine 2019 with a big fucking smirk on its face back then, all “Hold my beer, honey, just hold my beer.”

In normal circumstances I would have probably been excited about the week that was, in that Kate Middleton stepped out in olive green Jigsaw- culottes, the whiny Ed Sheeran did or said something and football wives something something. But it is honestly as if the world has totally lost all its marbles wherever I turn my head, and it’s starting to pile up on top of my regular anxiety.

While I’m mainly reacting to the current armageddon by staring at the wall in numb silence, I’ve managed to read quite a bit, and have in particular fallen for short stories. This is probably because I have had an exceptionally good selection, and also they are a bit like literary snacks that each take up to half an hour and thus are much less daunting to approach than War and Peace.

Short essays about a variety of topics, such as how to deal with cancer, adultery and divorce. Dating advise: After four movies, three concerts, and two-and-a-half museums, you sleep with him. It seems the right number of cultural events.

Full of quotable one-liners, the stories manage to be hilarious, sarcastic and heartbreaking at the same time.

Just out by Cusk, a nice little collection of essays and short stories, some of them have been previously published in the Guardian. I particularly enjoyed “Shakespeare’s Sisters”, a study about Virginia Woolf, Simone de Beauvoir and women’s writing. Cusk’s book review about Elizabeth Gilbert’s Eat, Pray, Love is a razor-sharp observation of the hedonistic self-care -culture we are witnessing:

As Gilbert and (Nigella) Lawson have discovered, selling the pleasure concept to overcommitted women is big business. The problem lies in the egotism of these female goddesses and gurus, who require their (female) audience to stand still while they twirl about, who require us to watch and listen, to laugh at their jokes, to admire their beauty and their reality and their freedom, to witness their successes. Elizabeth Gilbert is a relentless cataloguer of such successes, social, gastronomic, spiritual and sexual: the pizza she eats in Naples, the lover she takes in Bali, the friends she makes, even the quality of her transcendence at the ashram, all are perfect, the very best.

Kristen Roupenian: You Know You Want This

You might or might not have read the gone viral short story “Cat Person” (check out the New Yorker, or indeed this book), which became nothing short of a generation experience when it was published in 2017. It has everything about dating in the 21st Century, it is hilarious, toe-curlingly honest and absolutely brilliant. You Know… is a collection of short stories about sex and dating, with focus on women and how they deal with desire, punishment, guilt and anger. The collection is amazing, sometimes revolting and sometimes arousing, but always to the point about power dynamics between women and men.

Hilarious stories that focus on the main characters always being somehow outsiders: because of their sexual orientation, racial or religious identity (the story about the teen who decides to out himself at his bar mitzvah is excellent) or because they are jealous of their pet cat. An absolute must-read for October weekends. I found this book to pair extremely well with the Autumn 2019 edition of Pierre Marcolini chocolates.

Short stories will not distract you from the world the same way long novels do, but it’s a start. I have only recently read the above four collections, but find each of them to be of exceptional quality. I’m currently reading Zadie Smith’s latest, Grand Union, which also happens to be a collection of stories, but this time they are all fiction. Will report back.