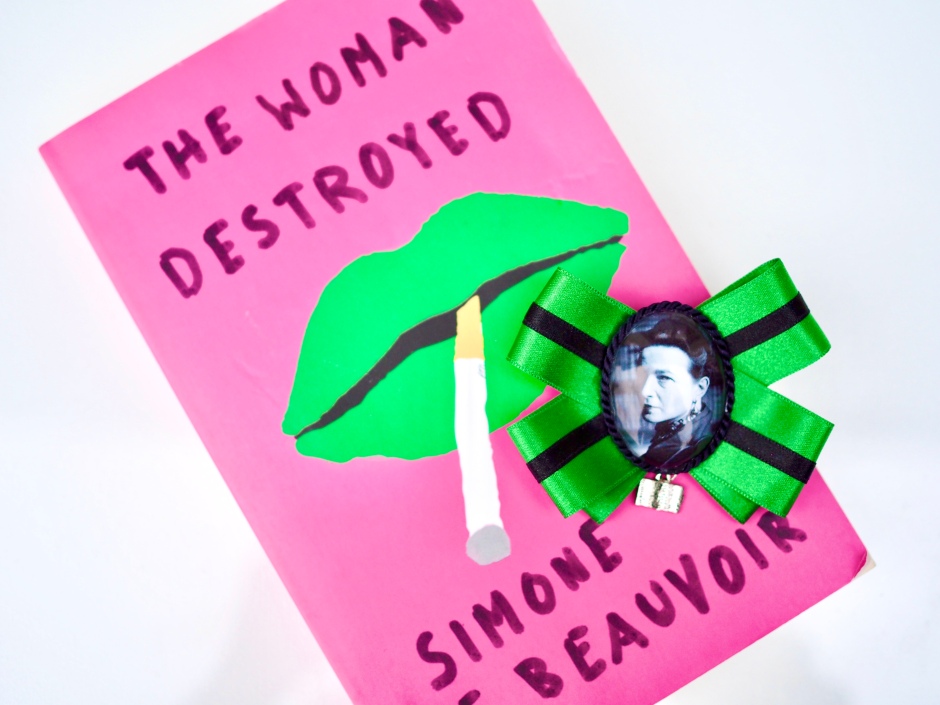 The great Simone de Beauvoir was born exactly 112 years ago today in Paris. She was the ur-feminist thinker of the 20th century and together with fellow philosopher Jean-Paul Sartre both cemented and forever glamorised the quintessential Parisian mode de vie of happily living in an open relationship (in addition to existential philosophy). Or so I thought.

I read an excellent memoir during the Christmas break by award-winning biographer Deirdre Bair. “Parisian Lives” is Bair’s account of the years she spent trailing behind Samuel Beckett and Simone de Beauvoir, respectively, to write their respective biographies. Already the starting point of Bair’s biography on Beckett is thrilling: as a young journalist with a fresh PhD in the US, who had never published a book let alone a biography, she acquired the permission to start working on a biography of Samuel Beckett, who lived in Paris already then (early 1970s).

Bair’s Beckett-biography went to win all kinds of awards and led her to de Beauvoir’s doorstep next. Despite de Beauvoir passing away towards the end of the writing process, they got to work closely together in Paris for several years.

Much of de Beauvoir’s life has been documented so I shall not dwell on that here. The interesting part in Bair’s “Parisian Lives” memoir was that she was able to disclose some information that had not been possible at the time when the two biographies were published (Parisian Lives came out last year). In the case of de Beauvoir, it was made very clear how unhappy she had been about the open relationship arrangement she had with Sartre.

This is interesting, because the past public record suggests otherwise: both Sartre and de Beauvoir were often waxing lyrical about their arrangement. However, de Beauvoir’s sister gives several statements to Bair how devastated Simone de Beauvoir was when she was confronted by the fact that Sartre was sleeping around quite a bit – and very openly so (especially the last years of Sartre’s deteriorating condition were excruciating, as he kept demanding nubile girls to be brought to service him). True, de Beauvoir did have her share of lovers as well (although she never directly admitted to Bair of being bisexual, despite this being stated as a casual fact in many instances).

“Everything connected to Sartre throughout their relationship had been exactly as she had wanted it, sheer perfection. And yet everyone else in their “family” told me how they thought Beauvoir coped with Sartre’s rapacious sexual appetite, and their stories hardly depicted one partner who willingly accepted another one’s ongoing infidelities. Instead they were of a woman so devastated and racked with emotional pain that she would often drink herself into a stupor as she sobbed to exhaustion”.

So this was something I had not thought about before. In my mind these two existentialists nursed between them the very epitome of modern relationship happiness. de Beauvoir surely dealt with her pain through her literary production, but did not go on the record about her devastation.

One book in particular comes to mind: The Woman Destroyed, three short stories about women of different ages, each facing an unexpected relationship crisis, including finding out about husband’s infidelity. “She Came to Stay”, a novel based on de Beauvoir’s ménage à trois with Sartre, is another brilliant take on the physical pain caused by heartbreak – all disguised as existential angst.

I warmly recommend all of the above books, each of them entertaining even – and especially – if you are not into existential philosophy and/or feminist theory, but would like to read something by the legend.
Another curiosity about de Beauvoir: she had a refrigerator installed in her living room, empty except for a bottle of Johnnie Walker Red (she would eat out or have food delivered). After each session with her biographer, de Beauvoir would serve a glass (a big tumbler filled to the rim for herself, a small glass for Bair) of scotch from the fridge, diluted with tepid water, which her adoptive daughter Sylvie kept sneaking into the bottle for fear that de Beauvoir would drink too much.

“Sylvie waters down the scotch because she thinks I drink too much. She thinks I don’t notice, but I do”.

The legend is has her human weaknesses, after all.