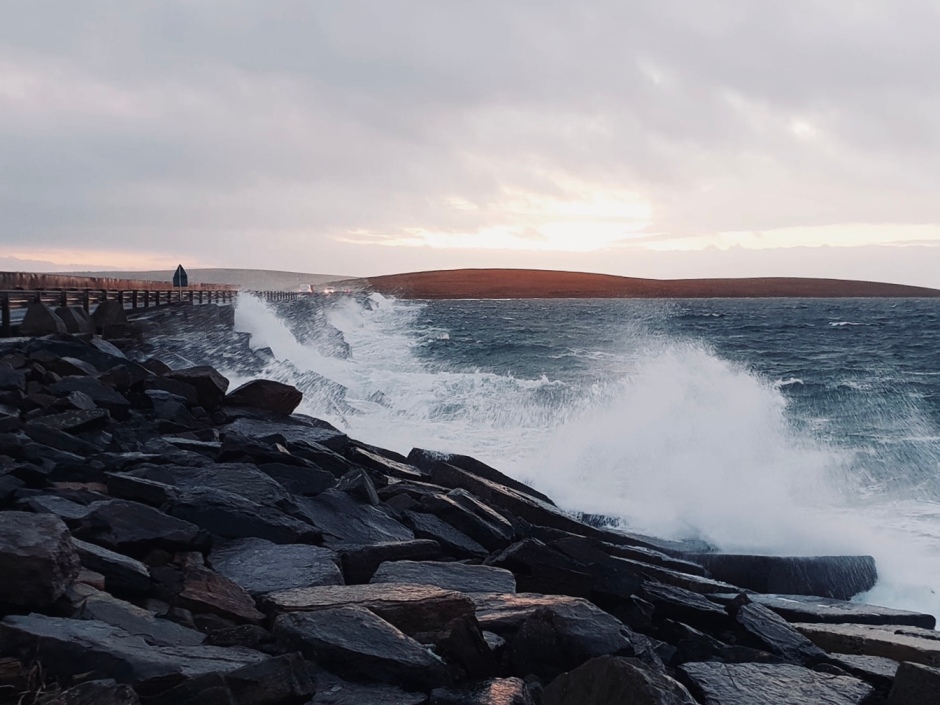 I recently realised that I am that patient clapping. Instead of clapping, I spend my time on mechanical, meaningless activities that give me the impression that I’m being active. In my case these activities mainly include constantly refreshing the news feed on my phone, as well as passive-aggressively scrolling through social media.

In my previous job my professional value was estimated based on how much information I had at any given time (and also what I did with it, but that’s another story). I wrote earlier how I was never offline, and what it was like to partake in the collegial race to be the first to pass on the news/meme/quote/leak – which was as endless as it was exciting.

Post-work, I wanted to wean myself off the most overheated and hyperbolic online activity, that is to say, most social media. I didn’t need it anymore for work, which had been my excuse until then. I had nothing of importance to share with my followers. I felt there might be better ways to spend my time.

Then the pandemic hit the fan. Almost overnight, being online perversely became the lifeline to the rest of the world.
And so the first two weeks of lockdown seemed like an act of togetherness as we all laughed at the same memes and jokes, which, in hindsight, probably was a mere disguise for the first stage of grief: denial.

Not a long time ago partaking in a silence retreat made total sense. We needed to escape our busy lives and thus bought expensive slots of time and space for our thoughts. Now many people find themselves in a similar situation to mine: what to do with our heads when busy has left the building? When there’s the time and the silence and no place to go?*

I realise that as soon as I had the time, I would spend it marinating myself in other people’s reality. My head was a constant cacophony I couldn’t get out of.
Events and conversations in real life have spatial and temporal context. Bits of information on social media feed do not.
Looking at the stuff on my Twitter feed left me not just nauseous but also exasperated: “What the hell am I supposed to think about all this?”
Yes, there is often the seemingly important snippet of information, but the sum total is always and inevitably nonsense.

It’s a tricky thing. Social media makes profit from a collapse of context, the very concept that creates the urgency that abuses our attention and prevents us from being able to think straight, and from public opinion, which has no patience, but rather demands the one-hit wonder band to keep replicating its winning concept, over and over again.

At the same time, the whole thing is a co-created grab-bag. As Brussels is about to kick off the sixth week of lockdown, I might suddenly find the idea of jumping into any online melee just to chase the last word irresistible. Maybe because I still live in a constant state of impatience, maybe because I still think that busying myself is the same as taking action.

Stopping inhaling the news is an act of rebellion in normal times, but seems ultra-radical these days. I try to reason that while I have the civic duty to keep myself informed, I have no obligation to dwell on daily developments of every single exponential curve and epidemiological study. No-one is going to request my opinion on either.

Ironically, I have subscribed to more newspapers than ever during the pandemic.
Partly because it’s something concrete I can do for the anxiety attacks I get every time I realise that most people trust the guy on Facebook more than thoroughly vetted news reporting.
Partly because large media outlets also keep covering topics other than the pandemic.

It is extremely difficult to make a compelling case for self-distancing from news and social media when there is basically no life left offline at the moment. During normal times what matters are real-life networks outside our filtered online bubbles. In a real-life crisis, went the argument, it’s not our Twitter followers who will run to our rescue – it is our friends, families and maybe neighbours. Except now, when the current catastrophe has maybe forever redefined how we go about our social life.

I don’t suffer from fear of missing out on online gatherings, but I sort of fear that I might miss the opportunity that this terrifying human experiment is handing out on a silver plate: to learn to wait.
To wait for something more long term to emerge from outside the hubris.
To wait for those whose lives are not spent online but in laboratories creating a vaccine, or a theory, to emerge when their work is finished.
To wait for the many authors and thinkers who are noticeably, exhilaratingly absent from running online commentaries left and right, to take their time and do what they do best: think before they publish.

Yes, it’s very little I am asked to do: to stay home and wait. And clap. But only at 8pm, and for a good reason.

*I am aware that busy is devastatingly unequally distributed these days. There are those who have been laid off or just find more time in their hands because all useless meetings have (blissfully, finally) been cancelled. But there are also those who work around the clock to keep the world turning, risking their own health, not being able to see their families, having no time to self-care or gaze inwards or be creative or meditate or order stuff online to stave off boredom.
Alas, they will not have the time to read this blog or any other blog. However, for what it’s worth, I send my heartfelt thanks and best wishes.

Recommended reading that gave food for thought also for this post: How to Do Nothing – Resisting the Attention Economy by Jenny Odell.

2 thoughts on “Distancing Self: A Study”