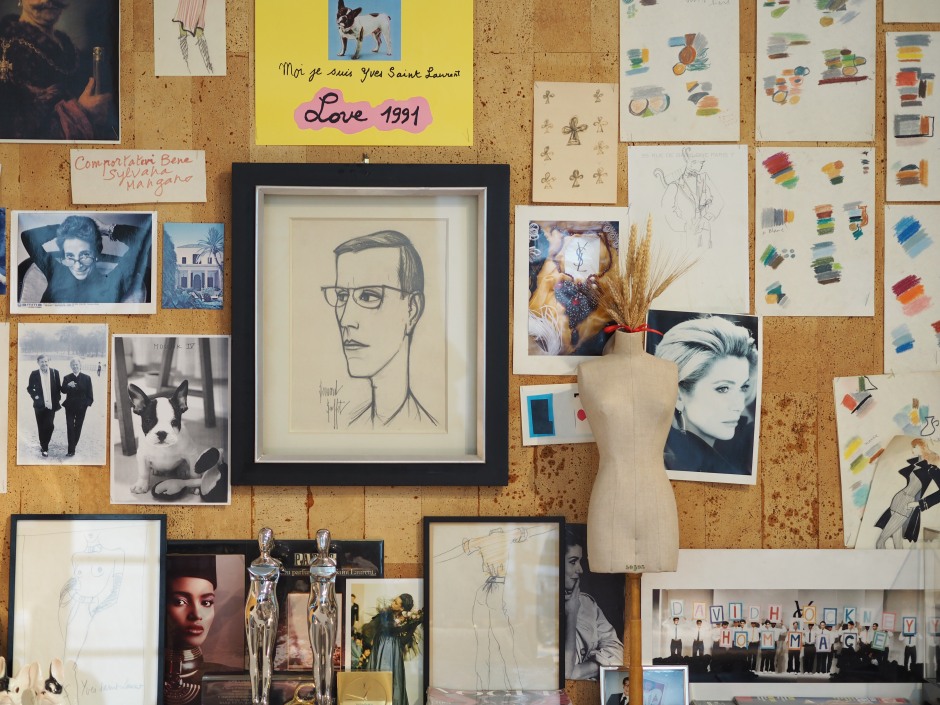 It’s extravagant, often politically incorrect, debilitatingly expensive, thrice removed from the real world, unattainable, spectacular. It’s fashion and if you have the habit of getting dressed before you leave the house (or currently, attend a Zoom-palaver), it is also part of your life.

I have followed fashion industry’s reactions to the pandemic with great interest. Given that the Milan Fashion Week in February kicked off the cancellations of public gatherings in Europe, it was as if fashion had indeed become the first runway-roadkill of COVID-19. Enter the further cancellations of all cruise collection shows and moving upcoming summer fashion weeks online.

Couture production and big part of fashion shoots are on hold. Money is being raised on both sides of the Atlantic to help small companies weather the storm, by at least offering them a small lifeline. Because no-one knows what is going to happen and when, and what the possible consequences will be, the industry whose job it is to sell (overpriced) dreams and frivolities has been forced to take a good pause of reflection.

Clothing industry had become hugely unsustainable much before the pandemic. High quantities of low quality (and price) seemed to satisfy most people. High street giants churned out new collections almost on a weekly basis. Constantly craving newness went from hobby to obsession.

The monster had to be fed, and this mainly fell on the shoulders of haute couture. Many designers (including Dries Van Noten well before the pandemic, in a documentary film about his career) have openly admitted that being required to spew out fully-fledged collections for women and men several times a year is exhausting and unnecessary – and ultimately detrimental to the creative process.

Many fashion influencers (actual influencers, such as Anna Wintour, Carine Roitfeld and Maria Grazia Chiuri) are saying that fashion industry is slowing down for reflection and looking for new ways to emerge from the crisis.
This is interesting. If high fashion slows done, it inevitably means slowing down in the fast fashion department as well – whose business model ultimately is based on copying (sorry, being inspired by) the big runways and garments at fashion events.
This can only be good, no?

I listened to a recent Business of Fashion podcast in which Carine Roitfeld reflected on the future of fashion – #metoo already had an impact on fashion photography and the treatment of female models more generally: there were discussions about their weight, age and the necessity to review the excessive sexuality of the imagery.

French Vogue, especially under the leadership of Roitfeld, used to be known for almost pornographic photoshoots, often complemented by glamourising smoking. Roitfeld said that as cigarette smoking generally became branded a bad thing, the magazine’s line changed. But she did admit that this was not an easy decision, because cigarettes go with sexy, and that’s what fashion is all about.
She worried about the loss of edginess in high fashion – everybody keeps yakking about sustainability, but that cannot be the only criteria in fashion, Roitfeld opined, its purpose is not to create something people already know to want.
Will everything become boring?

I understand Roitfeld’s concern. The type of high fashion business she’s in represents couture’s highest form. None of the garments or images are supposed to reflect real, practical life, but to offer escape from it and to inspire. Haute couture has always been an integral expression of our culture, and it has always been political, even more so in the last years. Its point has never been to be the please-all pop-band, but the outrageous trailblazer which will be loved, hated and eventually copied the world over.

At the same time, sustainable does not need to be boring. I doubt any outfit needs alligator skin to be truly fetching. Exploiting underage, skeletal girls in images that border on soft-porn does not make the outcome sexier. Roitfeld might be one of the last dinosaurs of the olden days of fashion where everything was game. It is possible that sexiness and luxury were refined already years ago when inclusiveness, diversity, access and sustainability made it to the agenda.

But Roitfeld’s concern that political correctness might take some of the edge off haute couture is justified. The very point of art is to break the norms, not to be confined by them.

The current pandemic is not political the way that it would change people’s perception as to what is appropriate to wear or not, but it might change the way we regard extravagance.

Pre-pandemic, access to luxury was regarded almost as a fundamental human right. This was much aided and abetted by bloggers and social media influencers, many of whom became clotheshorses for luxury brands already in their teens, giving the impression to their equally young followers that a €25 000 Hermès bag is, and should be, within anyone’s reach.

Earlier this week Digital Brand Architects, a company through which much of fashion sponsored content on social media is conducted, announced that this month alone 30% of fashion-related, sponsored influencer content was cancelled. Brands are starting to rely less on influencers and go for more creative solutions as advertising money is slashed everywhere.
Which brings me back to fashion magazines.

Very few, if any, fashion magazines have been able to turn their online presence into profit. Many rely on print subscriptions and newsstand sales. Add to that declining advertising money and lost revenue from big advertiser-collaborations as live events are on hold, and the numbers are not good.

Social media and indeed blogs, many of which run on sponsored content, may have contributed to a general consensus that magazine- and newspaper content should be free of charge, and that journalism, including fashion journalism, is not something the readers should pay for. Print magazines cannot keep up with the race with the online universe which produces fresh content around the clock. It is also not their intended purpose.

But I want to remain kind of hopeful, maybe because I am old-skool and love my print magazines (and because I recognise journalism to be a profession like any other and would never expect them to work for free).
Maybe also because I secretly hope that we can have the Roitfeld-cake and eat it too – that art can thrive in all its outrageousness without exploiting people or environment. That designers wouldn’t have to exhaust themselves in the rat race of quarter-year capitalism, which in turn would hopefully calm down the fast-fashion giants. That there would be more creativity, less average crap, because we will soon suffocate on stuff.
Then, also, world peace and the usual disclaimers.

The background information comes from Business of Fashion podcast with the former editor of Vogue Paris, Carine Roitfeld. I also tuned in for a new podcast “Conversations With Suzy Menkes”, fashion critic and the Editor of Vogue International, in which she interviewed Maria Grazia Chiuri, the Creative Director at Dior.

The photographs are all taken at the Yves Saint Laurent residence-turned-museum in Paris, featuring his office, sketches and creations.