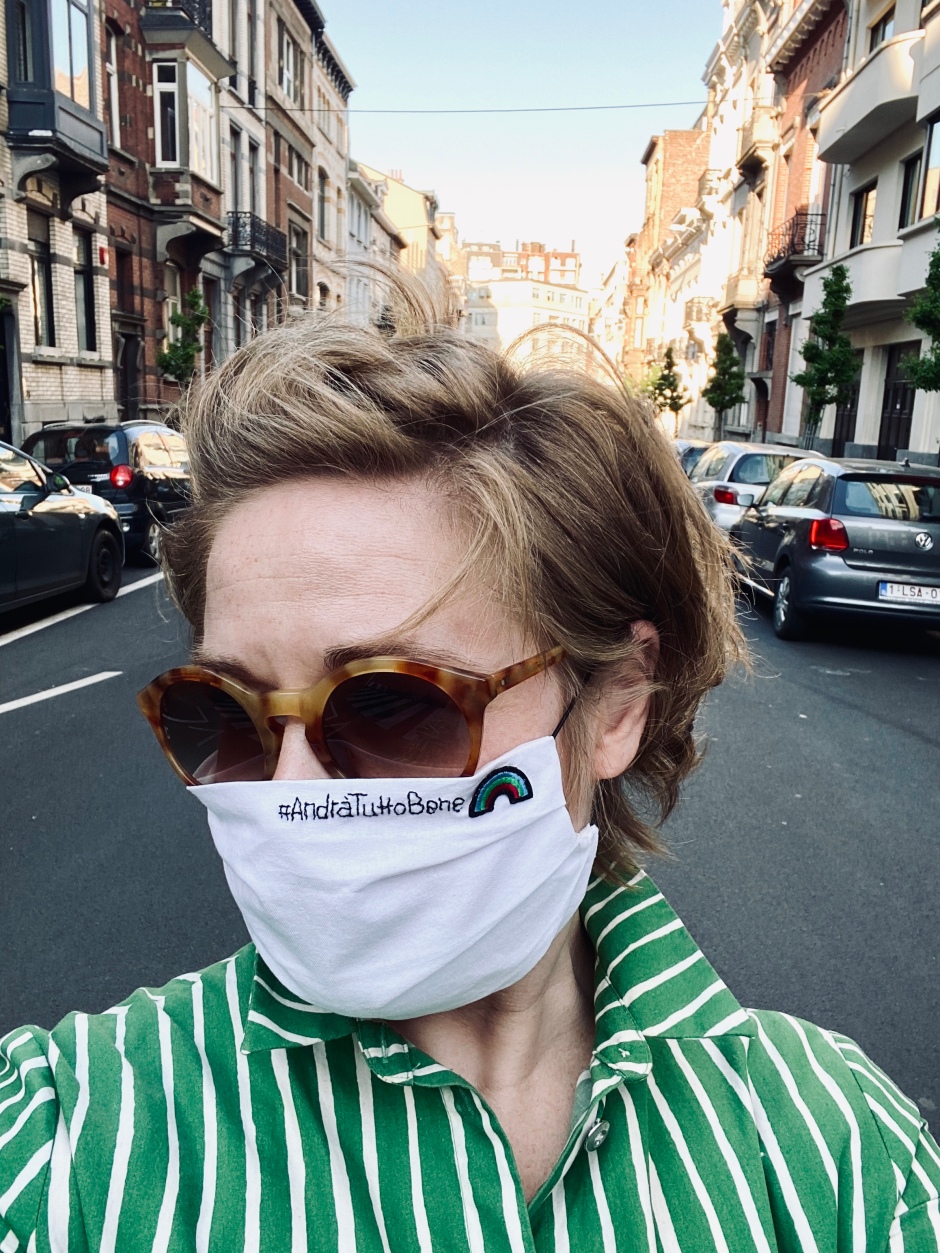 Today has been a very good lockdown-Monday. My coffee place has started to sell takeaway again. I bought a cup, was too excited to put a lid on it, revelled on the streets in celebration while sipping it and spilt most of it on my shirt. But coffee.

None of this is over for a long time, of course, but I’ll take any sign of life. Such as a new perfume launch, which certainly was planned way before pandemic, but here it is: Chanel Les Eaux de Chanel Paris-Edimbourg. Available apparently absolutely nowhere at the moment (Chanel don’t do deliveries at the moment anyway, and the EdT is not yet on their website), but it exists.
I have been dying to try out a new perfume for a long time, but given that smell is such a strong sense with a long memory, I am not sure I want to designate a particular smell for this unnerving period of time.

But Paris-Edimbourg could be an interesting perfume to try out soon, given that trips to Edinburgh are going to be virtual until foreseeable. It is supposed to smell of cedar, vetiver, juniper berry and rain-soaked land, which to me sounds like a artisanal gin & tonic, but hey, Chanel.

Joe Biden is still mulling over his running mate, but there are rumours about Stacey Abrams. Could be a very interesting pick. In the same vein, there are two new books about Nancy Pelosi and Hillary Clinton, respectively, in the pipeline: Pelosi by Molly Ball, political correspondent for Time, and a fictional take on Hillary Clinton’s life (what if she hadn’t married Bill?), Rodham by Curtis Sittenfeld. Both will be out in May.

If you enjoy short stories, Sittenfeld’s collection You Think It, I’ll Say It is much recommended. It starts with a piece “The Nominee”, imagined through Hillary Clinton as she was running in 2016 and her interactions with journalists:
“When I smile – my smile, of course, has been compared to that of a vulture and a hag, that of Lady Macbeth and Cruella de Vil and Joker from Batman — she smiles back.”

I’ll be casual, I’ll say this: “You’ve mentioned many times over the years that you find me unlikable. How do you think I find you?”

Edit: Continuing with American women politicians, in this case a First Lady, mark your calendars: a documentary about Michelle Obama, Becoming, will air on Netflix on 6 May.

Then, I have become basically fluent in Polish during lockdown, which was not initially on the top of my to-do list for this spring. It has nothing to do with Duolingo or boring things like that. I have simply taken (Government-approved!) walks with a friend and her toddler and have acquired quite the vocabulary in the process. I like to think this to be something of an asset also post-pandemic.
As the world will start to reimagine itself anew, as the lofty phrase goes, we should absolutely not rule out the possibility to communicate exclusively in Polish monosyllables. I have rather a head start with already mastering most farm animals – all without the pesky consonants.

As you can see, so many reasons to start the sixth week in confinement on a positive note. An added bonus: Killing Eve third season on BBC1.

One thought on “Upbeat Monday Update”