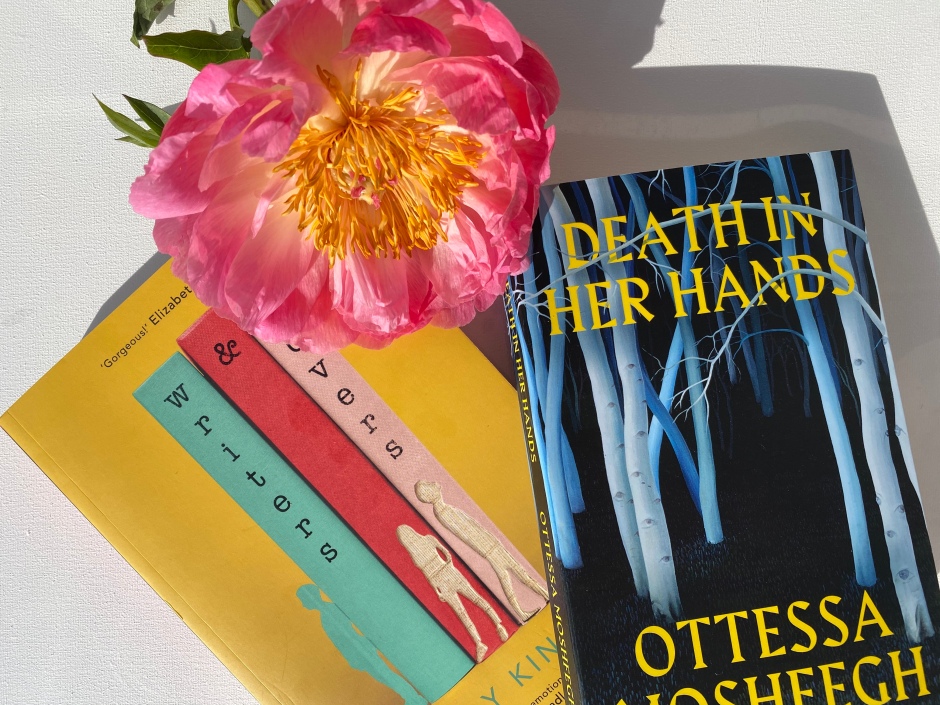 The mixture of books I read is eclectic, but oftentimes predictable. There’s fair bit of non-fiction, which I usually read during the day. Fiction is reserved for evenings, and tends to hover between gothic classics and stories about neurotic women. In summer, however, I often read indie novels, and today present you two recent favourites by Lily King and Ottessa Moshfegh.

I had seen Writers & Lovers by King mentioned all over the place, but only really paid attention when (Rodham-author) Curtis Sittenfeld mentioned it as a favourite in a recent podcast. I guess a writer would indeed like a book about somebody else’s agony of writing a book, but that’s not all Writers & Lovers is about.

Casey Kasem is 31 years old, heavily in debt following massive student loans, recently lost her mum, tries to make her way by waitressing at a snooty Harvard restaurant , lives in a potting-shed and is hell-bent to writing a novel, which has been in the making for over six years. She has a patchy health-insurance policy that is about to end the minute Casey actually would need it. She gets frequent physical symptoms as she’s so stressed about her situation.

She embarks on two very different relationships, one with an older widower with two kids and an acclaimed writing career, another with an aloof guy who irregularly checks out for weeks without a trace (the book takes place before mobile phones).

So nothing really super-spectacular as far as plot developments, some of which are predictable and the ending particularly not very credible. But somehow the beauty lies in small observations that emerge as small, unexpected jolts. Given that Writers & Lovers contains a medley of (nearly) all literary cliches, the outcome could be a lazy take on an aspiring writer’s agony. However King avoids the obvious cliches and Casey’s story makes for excellent summer read.

Moshfegh’s Death in Her Hands is about Vesta, who is in her 70s and finds a cryptic note in the woods as she’s walking her dog. The note suggests that a woman named Magda has been killed in the forest, yet her body seems to be nowhere to be found. The note is the starting point to Vesta’s questioning of everything about her life – especially her new neighbourhood to which she recently moved, following her spouse’s death.

I am still not quite sure what to think about the book, though I did enjoy reading it. I find reading about the mental breakdowns of women fascinating, and Vesta’s psyche is at the centre of Death in Her Hands. In terms of events very little happens in the novel, so it’s not your regular murder mystery – and Moshfegh sort of lets out between the lines that there might actually be no murder and/or mystery involved. But what goes on inside Vesta’s head is fascinating.

Death in Her Hands makes for excellent pandemic reading because it’s a study of isolation and what can happen inside a bored, lonely brain. Vesta is clearly unreliable in her narration of events, yet she embarks on solving the murder as if her own life depended on it. While doing so, she lets out further information about her own life, experiences and disappointments. The reader quickly realises that the murder of “Magda” actually is secondary issue.

Moshfegh’s humour is notoriously very dry and macabre, something that I absolutely loved in Eileen, her first novel. Vesta’s story is not funny ha-ha, but an excellent psychological/metaphysical study about the human mind and fantasy. I would also give a very strong recommendation to Eileen – it’s a morbidly funny and dark study into woman’s relationship with her body and sexuality, power, cultural claims, family ties. None worth a spectacle on their one, were it not for Moshfegh’s masterful turn of phrase.