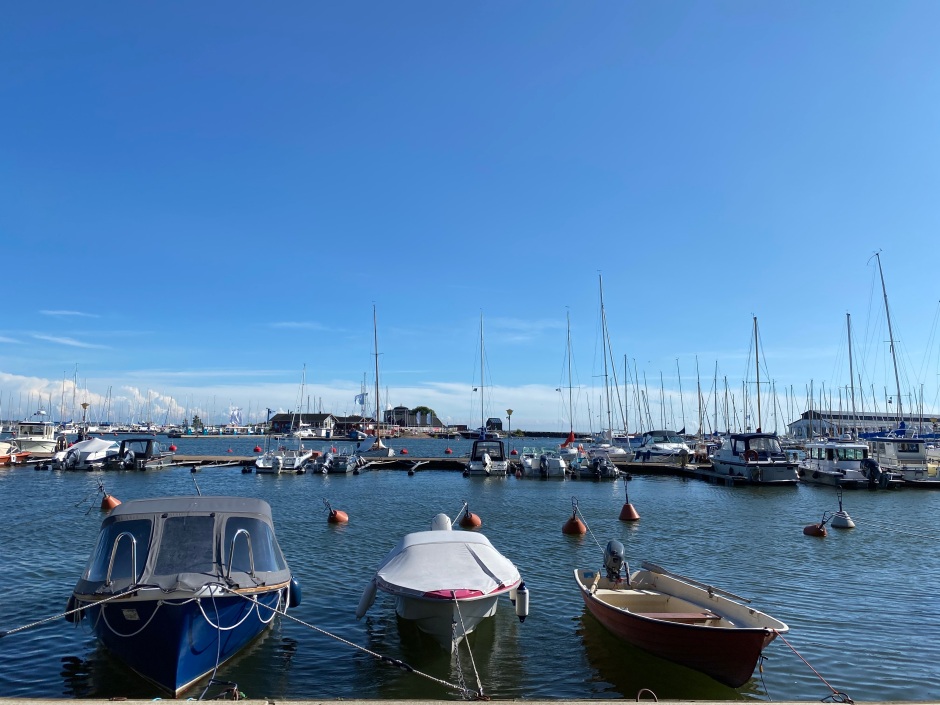 Greetings from the Pandemic Plateau, a (mainly) mental space where nothing moves. The summer holiday traveling circus is over, the second wave est arrivée and Uranus has gone retrograde, though if you ask me, it feels as if the whole world has been exactly in there since about March.

Now, the interpreter of everybody’s collective mental state must be Michelle Obama, who recently said she’s coping with a low-grade depression (whatever that means). While I have been able to keep up with my exercising routine unlike Obama, the sitting around and waiting is starting to get to me.

The pandemic is a very good time to be privileged (anytime is great, but especially a pandemic), and I do not wish to complain – on top of every comfort I have been able to enjoy during the lockdown (not having to share an apartment with anyone, to start with), I managed to piggy-back to Finland two weeks ago. I got to escape the scorching heat of Central Europe and to stare at the sea every day for weeks, something that had become an irrational obsession during the Brussels lockdown. (Irrational, but in a way self-explanatory: what else symbolises space and freedom better than the sea?)

Despite months of global, virtual standstill and (in my case) absolute downshifting coma after I left my job, my head still keeps reeling like a maniac and is having a hard time adjusting to the fact that almost everybody everywhere has paused for reflection. It’s as if my brain is living in this constant FOMO without realising that nobody’s having a good time. I’m mostly waiting for nothing in particular, but still feel like I’m completely pushed off the edge of the world if my every call, email and message is not replied to within seconds.

The past months have thus been a useful school of life for an impatient individual like me. I used to be very quick in dismissing other people as slackers and not on top of their shit if ever there was the slightest delay or miscommunication with anything concerning work or me personally. I recently listened to Brené Brown explain exactly this same thing in a podcast: how she would flare up in an epic rage because other people until her therapist asked her a question that sent Brown reflect her behaviour deeper:

“Do you believe everybody is doing the best they can?“

Of course I never believed such a thing. But the pandemic has changed my perception on this, too. I’ve often caught myself thinking whether I am doing the absolute best I can (shocker, I know). My work used to be the safety armour I comfortably hid under: Paraphrasing Joan Didion, the story I would tell myself (and sometimes others) was of the overstressed worker-ant who was always doing more, faster and better than others, and because I was demanding so much of myself, was it too much for the waiter to Just. Bring. The. Fucking. Cutlery. Faster. It’s. No. Rocket-science. IS IT NOW.

Without an external armour everything looks very different indeed. And when I say everything, I mean me.

I have self-destroyed (hopefully only temporarily) my concentration by stalking half-strangers on social media (because I need to know in real time how former classmates I last saw 30 years ago are getting on with their chanterelle-picking and crayfish-parties) and getting wound up about any loon’s opinions about n’importe quoi.
And if it’s not the crazies on Twitter, it’s bloody well the crazies running the world politics.

At the risk of sounding preposterous, it’s important that public figures, such as Michelle Obama, admit that all of this is a lot for anyone’s mental stability. Even if it were not for the pandemic (an insane idea to even entertain), there’s just so much other stuff going on that dangerously keeps winding the clock backwards while the world looks on.

I’ve still managed to read some, and a recent positive surprise has been Demi Moore’s memoir Inside Out. As is always the case with celebrity books (Hello Finding Freedom about Meghan and Harry!), the juicy bits are spilled on tabloids the second the press embargo is lifted, often leaving rather little to be discovered in the actual book.

So I kind of knew the plot, but the reason I wanted to read this book (I have no particular interest in Demi Moore) was that it has been openly ghost-written (if there is such a thing) by Ariel Levy. She’s a staff writer at the New Yorker and the author of The Rules Do Not Apply (absolutely beautiful) and Female Chauvinist Pigs.

Not an absolute autumn must-read, but an insightful, well-edited and very honest story about a Hollywood icon of a certain era.