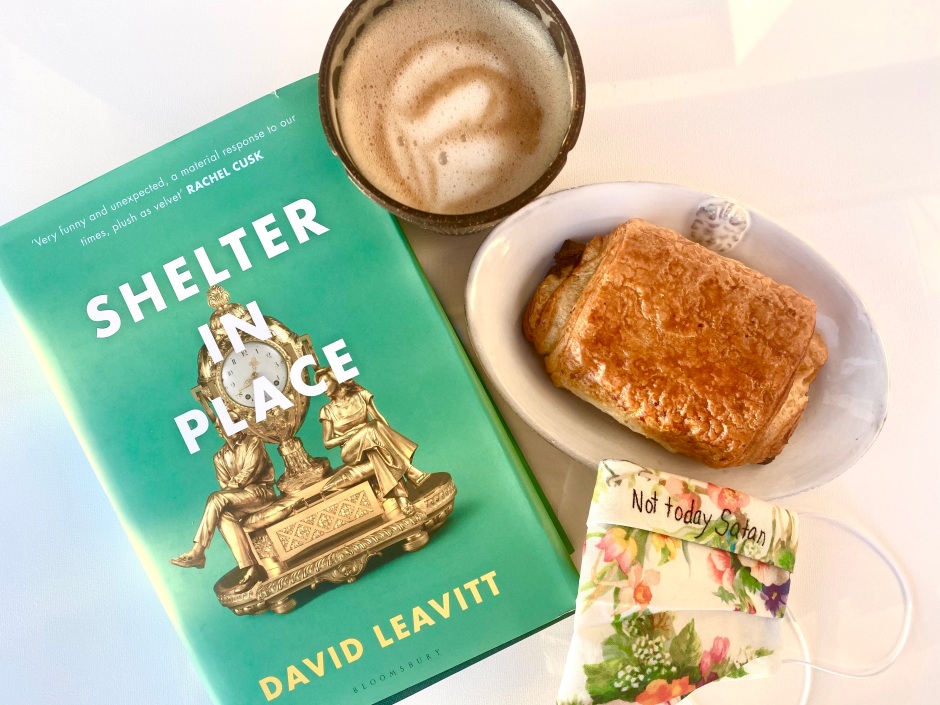 I sort of have my reading-groove back again and as I’m reading a lot, it also means the occasional mishap or, as I prefer to call such books: palate-cleansers.

If you’re into New York interior gossip, Shelter in Place is absolutely for you. And, come to think of it, who isn’t. Whereas my last featured read here, Shuggie Bain, was about heart-wrenching misery in a Scottish housing scheme, today’s suggestion takes place in Upper East Side, Venice (Italy) and various upstate country homes of rich people.

The outline of the story is amusing: a group of liberal New Yorkers gather in a Connecticut weekend home to commiserate the 2016 election result. (One reason this book now qualifies as “light reading” is of course the fact that 2016 events are now history.) Eva Lindquist decides to purchase a mansion in Venice (as you do) to have a place to escape to in case things go terribly awry in the US and the place ‘goes fascist’.

This is basically the story. I was hovering between finishing the book and not finishing it, because it was getting a bit exhausting at some point. There’s a lot of dialogue in Shelter in Place. This is not bad, per se, but also there’s very little actually going on in the book, plot-wise.

The book is absolutely not bad, but maybe my state of mind was not right for this piece at this time. I didn’t grow to really like, or dislike for that matter, any of the characters. At the same time I felt compelled to finish the novel and find out what happens with some of the subplots – it did manage to spark some interest.

And there are amusing parts, again, now that it’s history and we no longer have it angstily hang over us like a wet grey rag. Eva gets absolutely mad as she finds out her husband has been walking their three dogs together (or rather merely at the same time) with their neighbour who voted for you know whom.

It was also nice to read relationship shenanigans of people my age rather than everybody being thirty- year-old children. While the novel is light and silly on the surface, there are relationship- and marital issues brewing on the background. So if you are looking for a light read to snack on as all holiday cocktail parties (luckily) have been cancelled, Shelter in Place could be something for you. It also conveniently contains minute descriptions of New York, which come in handy as we cannot basically ever travel there again.

Another piece by a New Yorker that I warmly recommend you to read is a column last week’s Financial Times How to Spend It by Fran Lebowitz. It’s about her Anderson & Sheppard suits and other sartorial choices, and it is, of course, brilliant. She was first told that they only made suits for men, with the exception of Marlene Dietrich, but after a couple of years Lebowitz managed to persuade the company and now exclusively wears their suits. As she eloquently (and rightly) puts it in the column “a woman who gets discouraged by being turned down once is a woman you’ve never heard of.”