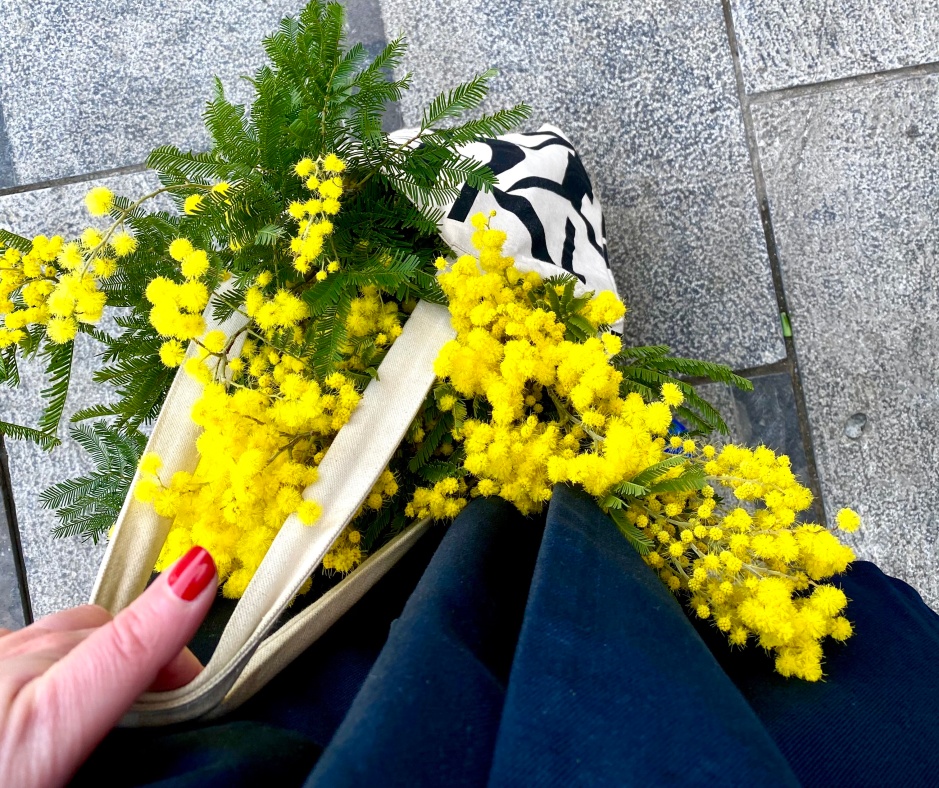 One of my pandemic accomplishments is the rather early completion of everything that Netflix (and the internet) has available in English. This forced me to explore French production, and I started with the series Call My Agent, or Dix Pour Cent. (Emily in Paris does not count as French TV even though they do speak French “Oh yes, I mean, oui” and have a cardboard Eiffel Tower as a backdrop.) I realised that not only does Dix Pour Cent keep me entertained, but I will be able to add another impressive entry to my list of sabbatical accomplishments: mastering an arsenal of French swearwords with zero effort on my part.

The next big small-screen moment, if we are to believe everybody, will be the 7 March Oprah interview with Meghan and Harry. The pandemic had thrown my keeping track of significant events off kilter and I almost did not observe the important deadline of reviewing the possibility of H&M returning to the royal fold as working members of the Firm. Well, the review did take place last week, H&M will not return, and as a result “everybody” (read “royal experts”) is deeply saddened, offended and miserable. Nobody quite knows how, but apparently the royal family is short of members to redistribute the couple of leftover patronages to. This is, of course, genuinely shocking: the British military is not going to patron itself, now is it?

As H&M put in their statement: service is universal. And by interviewing the duo, America’s Queen Oprah will be providing the most significant public service during this entire pandemic and probably some time beyond: the entertainment value of such high octane airing of dirty laundry, sorry “using their own voices” in public will be absolutely priceless. The press is already toppling over itself and the thing is not even being broadcast until two weeks from now. People need this kind of stuff. I cannot be the only one who’s watched everything else already.

Is H&M talking about themselves for an hour significant? Not really, no. There was a faint attempt in the early days of the pandemic (which also coincided with the US election campaign and BLM) when celebrities and similar attempted to take a quick break from gazing at their respective navels. This did have its successful moments: people did manage to post a black square on instagram for a day. Some celebs were so concerned about femicide in Turkey that they’d spent forever scrolling their camera roll to find a decade-old black and white nude of themselves, which they posted with “This is what sisterhood is all about. #challengeaccepted”

This will also squeeze H&M in a tricky corner: they know what people are interested in hearing, but they also have to include some virtue-signalling about whatever important their foundation is doing.
I read that 2020 marked the end of an era of flagrant self-obsession. I’m not sure how this has manifested itself yet, but if it’s in Elle it must be true. What I absolutely agree with is how the use of social media has shifted from networking to personal brand-building. Every banality uttered on Twitter must be seen as speaking truth to power.
(Similarly as baking a bread is now called “making focaccia-art”, to which Fran Lebowitz would retort ‘If I can order it with my coffee it’s not art, it’s a snack’.)

Twitter used to be a relevant place for quickly glancing at news and current topics of hot debates, but pandemic has turned it into a bazar of randomness born out of WFH-boredom. Irritable adults either pick fights, sourdinos off, or ask their followers things like what they should eat the next week, ‘what kombucha is’, or just run a commentary of what’s outside their windows (supported by photographs for those whose homes do not have windows).
Everybody is keen to use their voice, but almost nobody seems to have anything to say.

I’m only really bothered about the collective self-obsession to the extent that it’s seeping into literature as well. I am currently reading Lauren Oyler’s Fake Accounts and Patricia Lockwood’s No one is talking about this. Both novels are by millennial writers, thinly veiled auto fiction and center around social media. Both books have been highly praised by various respectable outlets, and I wanted to take another look at 30-something women’s fiction writing, which in most cases hardly qualifies as fiction. I am grossly exaggerating, but many of the recent, much-hyped novels read like extended blog- or social media posts. Short story collections have exactly one protagonist throughout, the author, and while the writing is almost always excellent, I could get the gist by scrolling instagram for inspirational quotes.
(I want to finish both aforementioned books before offering any opinion about them, and the above is a more general observation.)

The very thing many (royal experts) criticise H&M for, is that they want to orchestrate their publicity and do it on their own terms. This is what everybody wants! What I also find somewhat comforting is that despite their massive platforms and multimillion media deals, the duo seems to have precious little to say. Just like most of us normal people! There is exactly one episode of the Archewell -podcast available on Spotify, from last December, and it’s one pointless hot mess of unedited babble by far too many guests, who make no collective sense whatsoever.

So the bar is set low for H&M, as for everybody else, really. That’s the thing about people’s benign enough wish to use their voice in public: there’s always the off-chance that in the end one actually has fuck all to say.