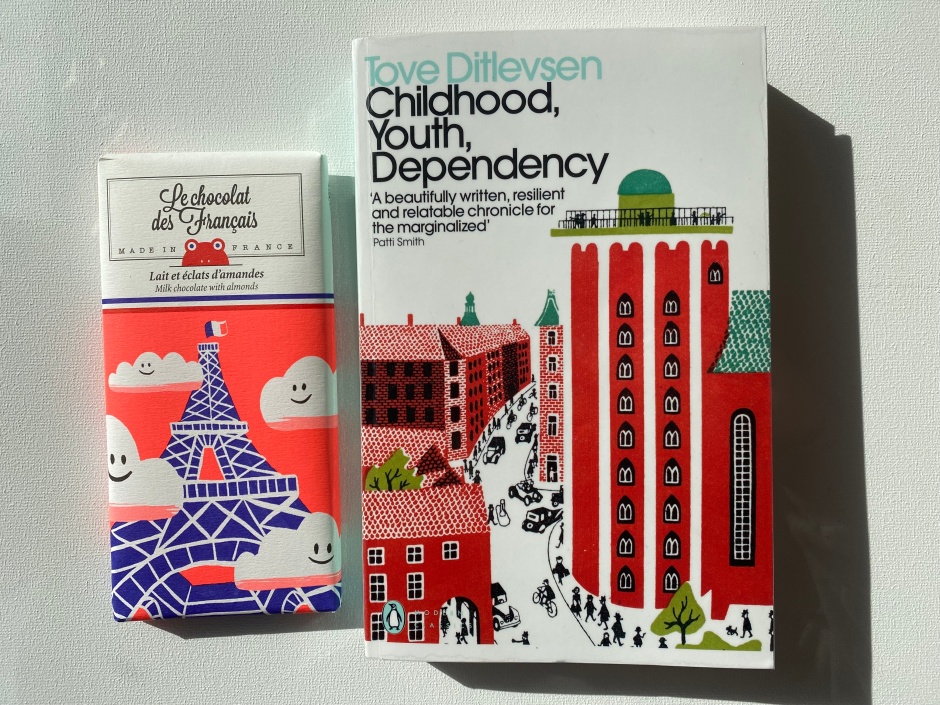 Reading Swedish Astrid Lindgren is part of every Nordic kid’s literary canon. The Pippi Långstockings and Emils and all of the wholesome children of Bullerby and Saltkråkan in the Swedish Archipelago were firmly etched in my head when I was young, making me compulsively re-read the books, and later experience terrible bouts of disappointment, as my summers absolutely were nowhere as idyllic as those of the merry children in the televised versions of the books.

Danish Tove Ditlevsen was Lindgren’s contemporary, born in the early 20th century. At the time of her death, Ditlevsen was one of Denmark’s best-known writers, her oeuvre comprising of poetry, short stories, novels and memoirs. Somehow her works had completely managed to escape me, that is, until the last volume of her Copenhagen Trilogy was translated into English in 2019. Childhood, Youth, Dependency has since gained a somewhat cult status. And it is stunning.

Not all Nordic countries are alike, but there are enough similarities for someone from that neck of the woods to identify with books written and set there. During and shortly after the wars (when both Lindgren and Ditlevsen were at the height of their writing success) it was all still very much monoculture all over the place, endless summers not yet scorched by climate change, ongoing rebuilding of the post-war nations into Nordic welfare states they all are today. Lots of very blond, wholesome people going about their outdoorsy lives. There were some snakes in the social democratic paradise for sure; notably unemployment and alcoholism, the one usually caused by the other.

Ditlevsen’s trilogy memoir most certainly is not intended for children, but it’s difficult to read the first part Childhood without drawing mental comparisons with Lindgren’s (fictional), idealised Nordic childhood of constant sunshine, peppermint candy and friendly neighbours inhabiting cosy quarters where everybody knew each other. Young Tove Ditlevsen is like a highly sarcastic and cynical version of Lindgren’s Lotta on Troublemaker Street.

Tove recalls her brother Edvin bringing his girlfriend Solvejg to visit his parents for the first time. The scene is hilarious for any Nordic, as we know it to be a 100% accurate description of our social conduct: “Bright laughter sounded from out in the hallway, and my mother pressed her lips tightly together and grabbed her knitting, which she started working on furiously. ‘Hello’, she said shortly and gave her hand to Solvejg without looking up. ‘Please sit down’. She could just as well have said, ‘Go to hell’, but it didn’t look like Solvejg was aware of the tense atmosphere.”

Ditlevsen’s development as a poet, something her father had told her a woman can never become, is the focus of the second part Youth. The final part, Dependency, deals with her addiction to prescription drugs that her doctor husband keeps supplying her with. (The Danish title of the third volume is Gift, which means both married and poison.) Ditlevsen was admitted to rehab and psychiatric hospital several times during her life, which she eventually ended at the age of 58 by overdosing on sleeping pills.

The trilogy is not a misery-fest despite the darkness that haunts Ditlevsen’s life – it’s still a very heartfelt read and at times very funny. Ditlevsen’s short, observing sentences and fantastic sense of sarcasm make Copenhagen Trilogy stand out from many similar memoirs. While the memoir very much deals with Ditlevsen’s agency, artistic ambition and self-destruction, it is also a sharp snapshot of life in Copenhagen at the cusp of the Second World War and the post-war rebuilding.

It is also a great reminder that despite Nordic women having it very well these days, it wasn’t always like that. From her very early years on Tove knew her duty was to retire from education following her confirmation, find a job as a maid and get married as soon as possible. Later she struggles with getting an abortion, which at the time was illegal. On the surface her husband enjoys her literary success, but constantly sabotages her efforts to reach greater things by incapacitating her with drugs.

This summer’s must read.