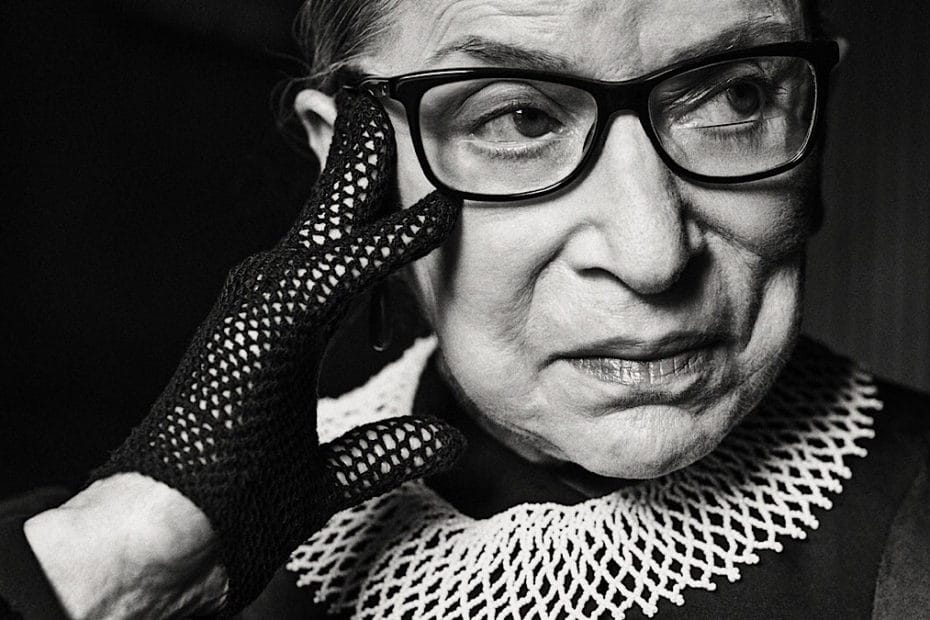 It is about three months ago when a Scottish university added a trigger warning to Ernest Hemingway’s “The Old Man And the Sea”. Adult readers were warned that the book’s “graphic fishing scenes” can cause emotional distress. I wish it was still about three months ago, and this was the gravity of our primary concerns.

But alas, no. The time-travel continues and Monday’s US Supreme Court leak took us right back to the Dark Age. Final decisions are still pending until about July, but a rude awakening nonetheless.

Must we in Europe care about abortion legislation in the US? Not like we didn’t have our own problems: Despite Polish women’s fierce Strajk kobiet –resistance, the country has a de facto ban on abortion, because the men decided it’s probably better like that. Poland is also the country that has welcomed millions of Ukrainian refugees in the past months, including many women and girls who have been raped during the war. Those rape victims who have become pregnant, are also banned from abortion in Poland.
(Related: Polish activist Justyna Wydrzynska is on trial for procuring abortion pills for a woman pregnant by a violently abusive partner. Wydrzynska faces up to three years in prison, if convicted, in a test case that would open the doors to future cases.)

Despite the topic being politically touchy on our Old Continent, few countries are as divided on women’s right to their reproductive organs as the United States. A no-brainer for winning conservative votes is to promise to install as many anti-abortion Supreme Court Judges as possible, so as to secure the reversal of Roe v. Wade at their soonest convenience. So, congratulations to the conservatives for playing this political long game: the instalment of judge Amy Coney Barrett the other year cemented their majority in the court. Many say it’s her juridic credentials that count, not her beliefs and religion. Maybe in a normal world. But the US Supreme Court does not exist primarily to legislate, but to act as an extension of the government, cementing its political decisions into law.

Appointing a woman to the bench was also sold as a clever trompe l’oeil – a woman is a woman is a woman: who can tell a difference between them anyway? Who cares if the appointee is part of a religious real-life sect straight out of Handmaid’s Tale? Conservative feminism, folks!

I’m mostly angry at everything, but I am especially angry at how feminism, the artist formerly known as women’s political movement, has been sold out. In addition to having become every movement’s mother, feminism today mostly signifies a lifestyle. At the advent of any suitable theme day there’s a millennial male CEO tweeting about being a feminist “because it’s good business” (but actually because feminism is no longer just about women’s equality, but kinda trendy, and also something about being on the right side of history.)

Mostly, though, feminism seems to have forgotten about women. The right to abortion is specifically about who has control over women’s bodies. Patriarchies the world over have oppressed women because of our biology, not because of our femininity. We can break free from our assumed, female characteristics, but not our biology.

Yet, defining, or even spelling out woman seems to be an enigma for many women’s organisations, whose only task it is to advocate for women’s rights. How do you defend the rights of something that you can’t even name? Birthing bodies? Chest-feeders? People with a front hole? Vulva-havers?*
Such word-salad, entertaining as it is, is making discussing, let alone defending women’s rights difficult. It is our hard-fought right to formally exist in a society, and throughout the history it has been determined by a man. Yet, there is no way around the fact that abortion is a women’s issue, and one that needs to be talked about specifically with regards to women. It is old-fashioned, reeks of bra-burning and moth-balls, but unfortunately here we are – again.

It’s 2022, and rape is being used as a weapon of war in Ukraine, in Europe. Meanwhile on the other side of the Atlantic, one of the most powerful countries in the world is on the verge of starting to compel its women to procreate, regardless of their circumstances, reducing women to their biological function.

Women must care about abortion rights anywhere, that’s how feminism works. As the culture-war moved up a gear in the US with the Roe v. Wade leak, it should also be a wake-up call for us in Europe to return to planet Earth. Our current rights are so established that we hardly consider them rights anymore. What if they are taken away? You say ‘It can’t happen here’.
Margaret Atwood, overall oracle and the author of Handmaid’s Tale, begs to disagree: “Anything could happen anywhere, given the circumstances.“

*These are all actual terms that have been used in adverts, tweets and leaflets in the US, the UK and Finland, as using the word woman seems to be as triggering as “graphic fishing scenes”.