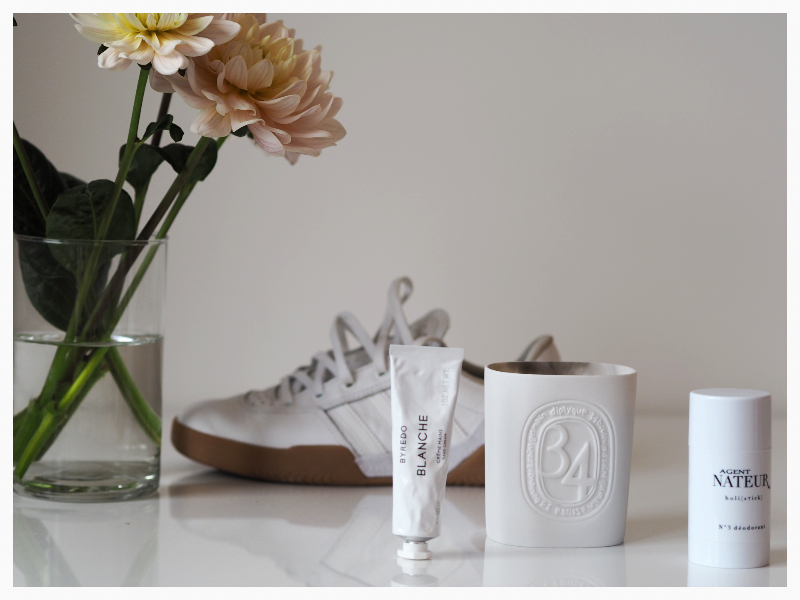 August turned out to be oddly cathartic. Horoscope people say it’s because so much stuff was in retrograde,  then there was the super lunar eclipse and lots of heat. Whatever it was, I spent most of August (at work) getting nothing done and feeling unusually calm about it (being someone who measures own worth as a human being by achievement this was, well, an achievement) .

There was some good literature along with a dangerous revelation that the hand of god had put Netflix on my TV. I know it to be the hand of god because it surely has not been me, and I only realised this upon accidentally switching the thing on. I re-binged documentaries about Joan Didion, Amy Winehouse and Princess Diana and plowed through the Gilmore Girls return series just to check whether it was still weird and it was.

So August has been kind of bland with few interesting discoveries. What I’m going to introduce to you probably will prove this point, because people, banal alert: deodorant.

This summer overall marks the summer of me constantly thinking about my armpits. I did spot a worrying amount of articles about armpit grooming in the run-up to summer, but foolishly ignored all of it. Turns out: armpits –  not so irrelevant. It was so hot for such an extended period of time, that if there ever were extreme conditions for test-driving new deodorants, it was this July and August.

Therefore it was very convenient that I happened to be testing Agent Nateur Holi(Stick) deodorant. There are possibly no especially convincing arguments to go for natural deodorants, but I have been curious about checking some of them out because together with mascaras, deodorants tend to be the last bastions of no decent natural alternatives available.

Holi(Stick) a very good product. Its main ingredients are coconut oil and bicarbonate sodium, which means it’s not 100% stain-free. It all comes off in wash machine, but you will want to consider an alternative when wearing delicate tops (I’m thinking silk in particular). No amount of antiperspirant was ever going to stop people from producing sweat this summer, and neither did Holi(Stick). On the other hand, it also did not make anything smell.

Without bursting into an embarrassing song and dance over a deodorant, let me just say it’s worth a try if you’re in the market for such a thing. Emma Watson, my hippie beauty guru also swears by this one (the Number °3). The packaging says the product is so pure it’s OK to eat it. Despite the brain-melting heat I was not tempted.

I also went to town at Adidas sales on their website and ordered a pile of trainers. White City Cup skateboarding shoes turned out to be favourites. I don’t skateboard, but they are a nice street-y alternative to Stan Smiths (which I also got in nude).

As regards books that left an impression in August, I recommended Kakutani’s The Death of Truth in a previous post. Also The Swan Song about Truman Capote’s New York posse was very entertaining.

While I was updating my playlist I came across an Australian artist Amy Shark and then went down the memory lane and rediscovered another Australian, Missy Higgins (Sound of White is her hit from 2005). Together with my white skateboard shoes and deodorant they kind of matched the white theme (I told you it’s been a dull month).